E-Waste is a Major Problem. What Can You Do About It? E-waste is a considerable problem, and not just for businesses; it’s also terrible for the environment. Let’s go over some of the biggest reasons why discarded electronics, including some of the hardware that you invest so much money into, can be problematic, as well as some ways your organization can reduce its e-waste footprint.

“E-waste” is a term used to cover all electronics that are no longer being utilized and have been thrown out. These devices are often made of precious metals that can cause a lot of harm to the environment in the long term. We’re not just talking about computers or laptops; we are talking about all electronics, from smartphones to appliances to office equipment. A device doesn’t necessarily have to be “smart” in order to qualify as e-waste, either. Any electronic device can be considered e-waste, and considering how integrated they have become with our lifestyles, it’s easy to see how the problem has spiraled out of control.

The United Nations Institute for Training and Research saw 53.6 metric tons of e-waste generated in the year 2019, a 21 percent increase in a period of just five short years. Only 17.4 percent of this e-waste was recycled. The report also showcases other concerning data, such as the $57 billion worth of gold and silver being dumped or burned. It’s safe to say that this practice is dangerous and downright wasteful. It damages the environment and puts the people in such locations at risk.

…and some of their ideas are pretty darn creative.

Take, for example, Mount Recyclemore, a sculpture crafted from unrecycled electronics that was on display at the G7 Summit at Carbis Bay Hotel in Cornwall. The sculptor, Joe Rush, did it to inform leaders of the dangers posed by e-waste. Mount Recyclemore replaces the faces of famed US Presidents with those of modern world leaders, like Joe Biden, Justin Trudeau, Boris Johnson, Yoshihide Suga, Emmanuel Macron, Mario Draghi, and Angela Merkel. They were all in attendance at the G7 Summit.

In essence, the world’s leaders had to gaze upon caricatures of themselves crafted from 20,000 pieces of e-waste. Rush has explained to the BBC that the sculpture was meant to show leaders that e-waste is such a serious problem only resolvable by communication and a conjoined effort. The sculpture has since been moved to the Eden Project, a charity meant to educate people about environmental impacts and the different ways that they can be reduced.

Here are some benefits to recycling old electronics:

PCSOFT can help you dispose of your old technology solutions. To learn more, reach out to us at 02 98730080. 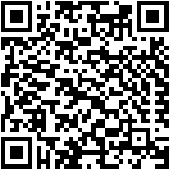